NEW: Reviews are in for “The Normal Heart”

“This was bar none the best show of yours I’ve been to – it sucked me in and one point I forgot I was watching a show.”

“I was blown away. So powerful. The friend I was with had seen the New York production and found your show to be just as good. He’s something of a critic too! Enjoyed it very much.”

“You and your cast and crew should be very proud about the job you did on that play. It was an emotional roller coaster which had me in tears on several occasions, not to mention when I left the theatre, I was a sniveling mess. I’ve watched a lot of theatre in my life (having spent 14 years with an artistic director as my partner) and I have to say it was one of the most moving pieces I’ve witnessed. Hats off to you and everyone involved with that production… it was worth every penny and every effort to get out to Sackville to see it.”

“I am SO impressed by the play. So powerful and infuriating. I remember those times, and losing my first friend, to the then unnamed disease/virus, well. All aspects of the play are excellent (acting, set design, music etc.etc.!!)..Please congratulate everyone for me. Just WOW.”

We are pleased to offer you this ambitious 15th season of excellent community theatre. This is definitely something to get excited about! 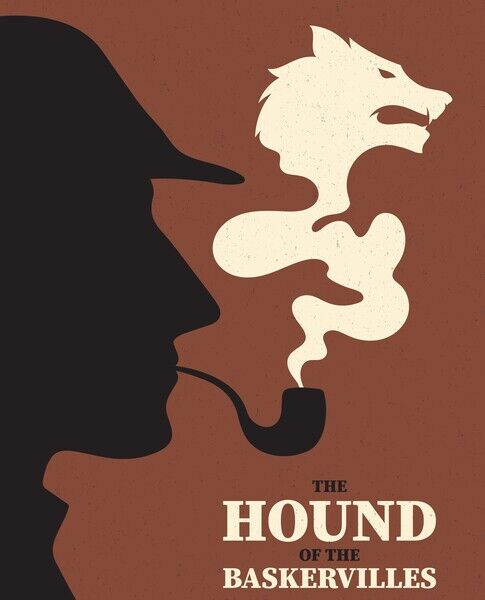 The Hound of the Baskervilles
May 18-30

Sir Arthur Conan Doyle’s most celebrated mystery adventure gets a brilliantly comedic overhaul. This ingenious adaptation combines an exhilarating collision of thrills, chills and wonderfully comic performances to offer a new twist on the greatest detective story of all time. 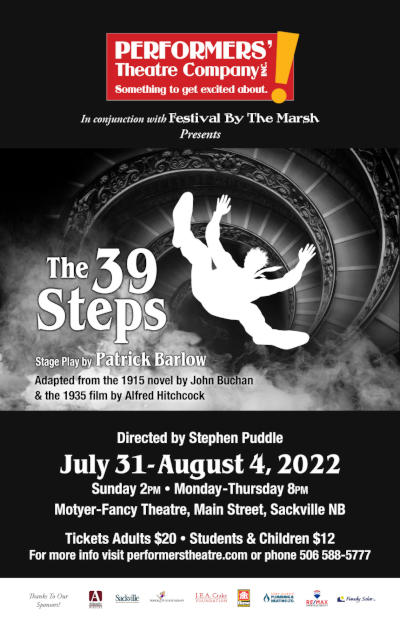 Book by John Buchan, film by Alfred Hitchcock and adapted for the stage by Patrick Barlow

Mix a Hitchcock masterpiece with a juicy spy novel, add a dash of Monty Python and you have The 39 Steps, a fast-paced whodunit for anyone who loves the magic of theatre! This two-time Tony and Drama Desk Award-winning treat is packed with nonstop laughs, over 150 zany characters, an onstage plane crash, handcuffs, missing fingers, and some good old-fashioned romance! 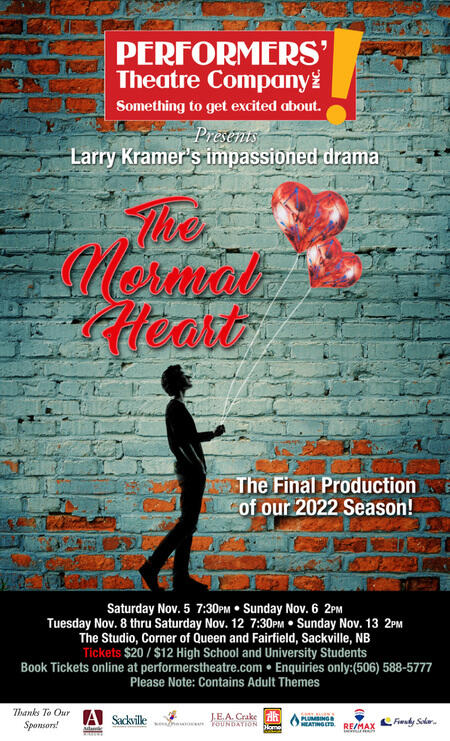 A searing drama about public and private indifference to the AIDS plague and one man’s lonely fight to awaken the world to the crisis, The Normal Heart was based on Kramer’s real-life experience.

“An astounding drama . . . a damning indictment of a nation in the middle of an epidemic with its head in the sand. It will make your hair stand on end even as the tears spurt from your eyes.” — Liz Smith, New York Daily News

Produced to acclaim in New York, London and Los Angeles, it was named one of the greatest plays of the 20th century by the Royal National Theatre.

and proudly supported by…